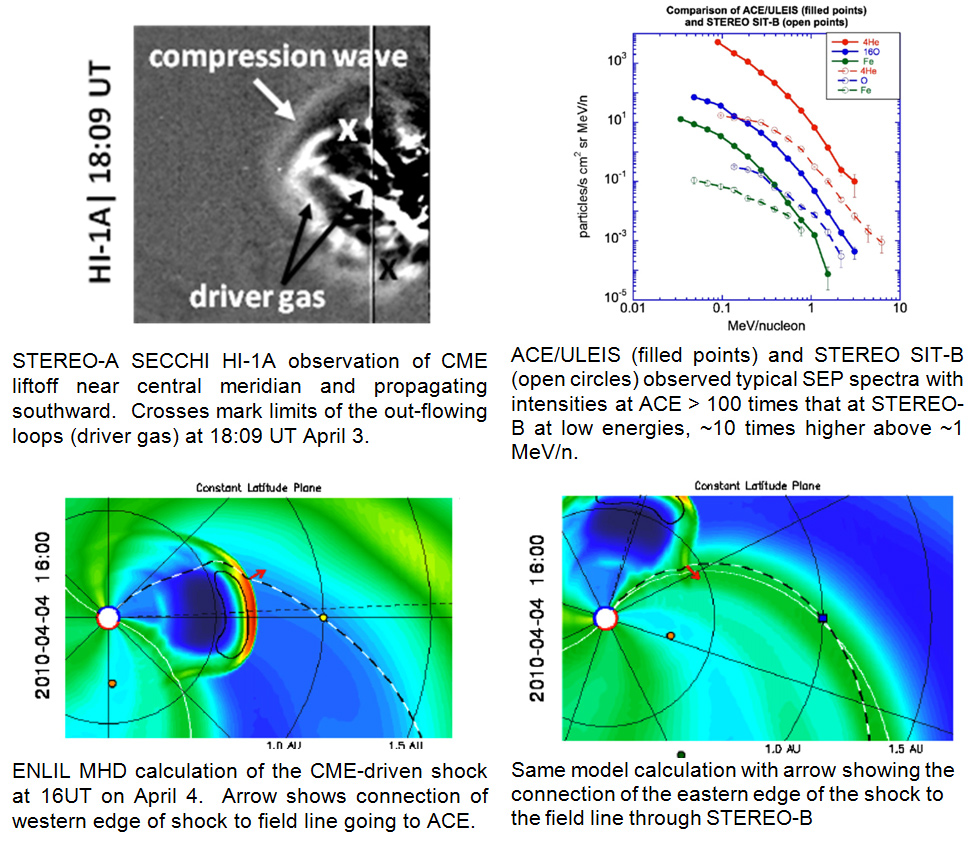 New insights into CME-associated Solar Energetic Particle (SEP) events are becoming available with combined observations from L1 and the two STEREO spacecraft, which allow more accurate reconstruction of the shock. The April 3, 2010 event produced a southward moving CME from near the central meridian (top left panel) whose shape and associated compression wave were constrained by STEREO-A, -B, and SOHO images. SEPs from the event were much more intense at ACE than at STEREO-B (top right panel). A detailed MHD model constrained by the observed CME images and observed solar wind speed was used to construct a picture of the outward moving shock (bottom panels). The calculated speeds and densities agree well with observations. The shock took 12 hours to connect to the field line leading to ACE, explaining a delay in the SEP onset. The much weaker particle event at STEREO-B is consistent with its field line intersecting only the eastern flank of the shock. The evolution of the shock compression ratio in the model peaked nearly at the same time as the multi-MeV SEPs indicating that in this event the compression ratio plays a more dominant role than the shock normal/magnetic field angle value. For a detailed discussion, see Rouillard et al., Ap.J. vol. 735, July 1, 2011, doi: 10.1088/0004-637X/735/1/7